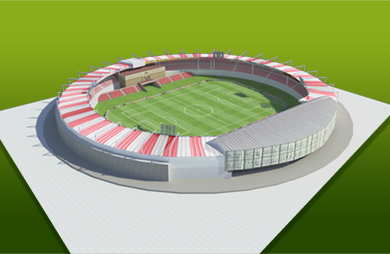 Spectators: 149 (Terracing: 112, Seating: 34, VIP seats: 3) Dark clouds were building up when the players entered the field. None of the them looked very eager to play. Carlo Nobili started the match with the kick off. After a rather tough play, Arteka FC's Atakan Nuralp got a free kick in the 2nd minute. Carlo Nobili could have scored with his fast shot on goal in the 4th minute of the match, but Han Wei made a huge save. In the 7thth minute of the game Jonatan Viator who was perfectly placed tried to make a shot on goal, but Arteka FC's Han Wei was lucky and managed to grab hold of the ball. Arteka FC's Han Wei proved his good apprehension of play when he, in the 9th minute of the match, managed to save Arteka FC from getting a goal against them. In the 11th minute Jonatan Viator shot on, it seemed, an open goal, but Han Wei saw the ball coming and threw himself on it before it passed the goal line. Han Wei showed brilliant goalkeeper skills when he caught the ball after a hard shot from Jonatan Viator in the 13th minute of the match. With a little luck, Arteka FC's Han Wei got control of the ball when Carlo Nobili tried to sneak it across the goal line. After having played for 16 minutes, Baykal Özer managed to get in a good position for a shot on goal. Arteka FC's supporters crossed their fingers, but Baykal Özer was, after a quick turn that froze the defenders, out of balance and shot the ball just to the right of the goal. In the 21st minute, Jonatan Viator ran past the defenders and hit a shot which went straight ahead into goal. Han Wei was frozen by the shot and now it was 1-0. Han Wei showed his good apprehension of the play when he made a fantastic save on a shot from Jonatan Viator, who was totally free with the ball in the 28th minute. An unexpectedly hard shot by Jonatan Viator in the 32nd minute of play forced Arteka FC's goalkeeper Han Wei to throw himself to the left, to be able to save the ball. In the 34th minute ατʟετісо ɗε ϻαɗʀiɗ were awarded a corner. Isaias Rio went to the cornerflag to take it. Jonatan Viator made a great header on ατʟετісо ɗε ϻαɗʀiɗ's corner, it was just that Arteka FC's Han Wei managed to reach the ball for a save. An unexpectedly hard shot by Baykal Özer in the 42nd minute of play forced ατʟετісо ɗε ϻαɗʀiɗ's goalkeeper Blai Izaguirre to throw himself to the left, to be able to save the ball. 45 minutes into the game, Atakan Nuralp threw the ball into play from the sideline. ατʟετісо ɗε ϻαɗʀiɗ's Samet Olgunsu quickly snatched the ball and retained possesion. The away team players looked dejected as the walked off the pitch at half time. They had fought hard, but were still losing 2-0.