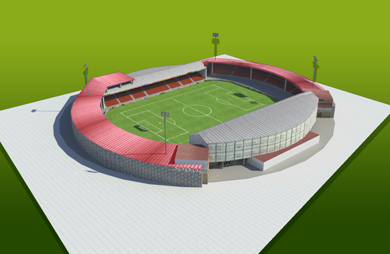 Ali Behzat Rafettin made a wonderful reflex save on a shot from Maximiliano Naelio in the 51st minute of play. Dries Vonk made in the 57th minute of the game a fairly good throw-in which was taken care of by Maximiliano Naelio. 61 minutes into the match, Zhuo Lei Chong had an open shot that he just couldn't miss and scored to the right of Marnix Kemper. Landgraaf 07's manager could be seen yelling to the referee that Zhuo Lei Chong was offside, but the referee ignored the protest. 2-0. LIVERPOOL FC's Saverio Egun was substituted for Axel Leman. LIVERPOOL FC's Henry Grubb was substituted for Zhuo Lei Chong. LIVERPOOL FC made a substitution. Celedonio Dimo replaced Eros Aslan. In the 67th match minute, Landgraaf 07 was awarded a freekick, the ball was picked up by Raimundo Telesforo to maneuver through the defense. In the 70th minute Marciano Belmiro shot on, it seemed, an open goal, but Ali Behzat Rafettin saw the ball coming and threw himself on it before it passed the goal line. Marcelino Txurio fired away a screaming shot towards the goal in the 84th minute, but the shot went just over the crossbar without Marnix Kemper having to interfere. LIVERPOOL FC were really happy, having secured the victory after a very even contest. They thanked the players of Landgraaf 07 for a fine match.