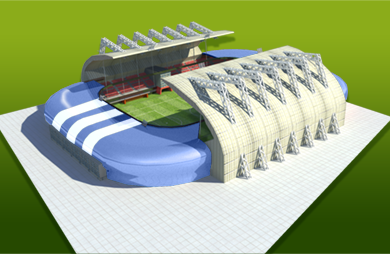 The players of the away team seemed most concentrated when Tristan Waddell stepped up to make the kick off in the second half. 54 minutes into the match, Cascade Park West's goal looked a bit too open when Wilbur Kern came free, but Roger Crane reached the ball before it rolled over the goal line. Tristan Waddell could have scored with his fast shot on goal in the 57th minute of the match, but Sidney Nguyen made a huge save. 59 minutes into the game, Cascade Park West's Tristan Waddell nearly tore a hole in the net with a booming shot. Sidney Nguyen made a valiant effort, but he could not reach the ball in time, 0-3. A collision led to Nomads Football Club getting a freekick after 66 minutes play. Oliver Salgado hit a great ball. In the 74th minute Wilbur Kern shot on, it seemed, an open goal, but Roger Crane saw the ball coming and threw himself on it before it passed the goal line. After having played for 76 minutes, Wilbur Kern managed to get in a good position for a shot on goal. Nomads Football Club's supporters crossed their fingers, but Wilbur Kern was, after a quick turn that froze the defenders, out of balance and shot the ball just to the right of the goal. The supporters of Nomads Football Club booed when Cascade Park West was adjudged a doubtful freekick after 79 match minutes in a wonderful position. Otis Sanderson didn't get a good kick on the ball. In the 80th match minute, Nomads Football Club was awarded a freekick, the ball was picked up by Keenan Parsons to maneuver through the defense. With a little luck, Nomads Football Club's Sidney Nguyen got control of the ball when Tristan Waddell tried to sneak it across the goal line. When Tristan Waddell, who was free, got the in front of the goal in the 82 minute he wasn't focused and tipped the ball just over the goal. The Sidney Nguyen was delighted since the ball would have got in if it had gone under the crossbar. Roger Crane stood for a superb save when he managed to get hold of Wilbur Kern's shot from short distance in the 91st minute. Through an outstanding action, after 93 minutes, Sidney Nguyen successfully got his hands on the ball before it slid into the goal at the right post. With an all-out effort, Cascade Park West's Sidney Nguyen threw himself towards the right post 95 minutes into the match and grabbed hold of the ball from Monty Corbin, which otherwise would have been placed in the net. The referee was alert and spotted a serious foul by Dana Aviles during the 96th minute. The player immediately received a yellow card. A collision led to Nomads Football Club getting a freekick after 96 minutes play. Dana Aviles hit a great ball. Cascade Park West played a much better game than Nomads Football Club and deserved their victory. The Nomads Football Club players were clearly disappointed as they left the ground.