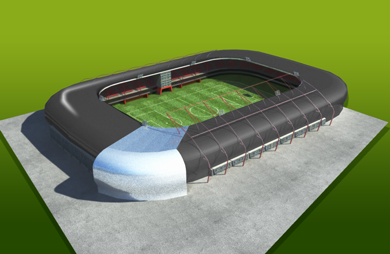 After a rather tough play, Casa Real de Savóia F.C.'s Donato Azevedo got a free kick in the 51st minute. Miguel Travassos received a nice pass in the box and took a hard shot in the 52nd minute. Weverton Marcos tensed up and prepared to dive, but the shot went over the goal with him having to interfere. Casa Real de Savóia F.C.'s Weverton Marcos played magnificently when he managed to stop the ball from hitting the goal, after a sharp shot by Olívio Arósio in the 57th minute of play. After 59 minutes of play, Casa Real de Savóia F.C.'s Dedé Valle made it 0-4 when he simply outclassed the defender marking him and hit a curling shot into the right side of the net. Fernandão Pinho was left in no man's land by his defense there! Thanks to some nice foot action and superb ball handling Dedé Valle in the 65th minute a chance for a shot on goal. With an extended leg and a bit of luck Fernandão Pinho prevented the ball from getting in the gole. Duda Pinheiro got his second yellow card in the match during the 68th minute which meant that he had to leave the ground. A collision led to Casa Real de Savóia F.C. getting a freekick after 68 minutes play. Duda Pinheiro hit a great ball. After having played for 75 minutes, Dedé Valle managed to get in a good position for a shot on goal. Casa Real de Savóia F.C.'s supporters crossed their fingers, but Dedé Valle was, after a quick turn that froze the defenders, out of balance and shot the ball just to the right of the goal. In the 77th minute, Casa Real de Savóia F.C.'s Agnaldo Mandrak dribbled the ball into the box and hit a shot with the outside of his foot, sending the keeper the wrong way. 0-6. Fernandão Pinho showed his good apprehension of the play when he made a fantastic save on a shot from Dedé Valle, who was totally free with the ball in the 86th minute. Douglas Paulista could have scored with his fast shot on goal in the 89th minute of the match, but Fernandão Pinho made a huge save. Douglas Paulista's shot when he came free in front of the goal in the 95thth minute, Fernandão Pinho skillfully showed off with a save to what seemed to be an obvious goal. Casa Real de Savóia F.C.'s fans were overjoyed with their teams well-earned victory and stayed in the stadium long after the final whistle to celebrate the win.