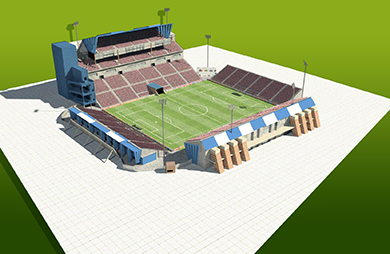 In the 51st minute Aeddan Harding shot on, it seemed, an open goal, but Lleu Grantham saw the ball coming and threw himself on it before it passed the goal line. In the 52nd match minute, Hirwaun FC was awarded a freekick, the ball was picked up by Llwybyr Boren to maneuver through the defense. Kai Foody sent away a hard shot on goal in the 53rd minute, but the ball went just over the crossbar and out. A very good chance. Lleu Grantham took care of the ball after a well-directed shot from Addolgar Cribban, even though the ball almost passed him on his left side. If Kai Foody had kept his shot down it would have been a goal in the 63rd minute. The ball went over the crossbar and out instead. Adwr Gardner made a fantastic save in the 67th minute, when Brad Higgin sent off a good shot on target. In the 70th minute, Kai Foody got an opportunity to score, but he didn't get a solid hit on the ball and ended up kicking it wide of the goal. When Huw Bowman came up free with the goalie in the 75th minute, the Hirwaun FC fans jumped to their feet. But the shot missed the goal by a fraction of an inch, and the fans sat back down disappointed that Huw Bowman couldn't finish the play. With a little luck, Owls III's Adwr Gardner got control of the ball when Brad Higgin tried to sneak it across the goal line. Adwr Gardner took care of the ball after a well-directed shot from Huw Bowman, even though the ball almost passed him on his left side. An unexpectedly hard shot by Huw Bowman in the 84th minute of play forced Owls III's goalkeeper Adwr Gardner to throw himself to the left, to be able to save the ball. The supporters of Owls III booed when Hirwaun FC was adjudged a doubtful freekick after 86 match minutes in a wonderful position. Siawn Conyers didn't get a good kick on the ball. After having played for 87 minutes, Kai Foody managed to get in a good position for a shot on goal. Owls III's supporters crossed their fingers, but Kai Foody was, after a quick turn that froze the defenders, out of balance and shot the ball just to the right of the goal. Hirwaun FC's Lleu Grantham played magnificently when he managed to stop the ball from hitting the goal, after a sharp shot by Maelgwn Loane in the 91st minute of play.