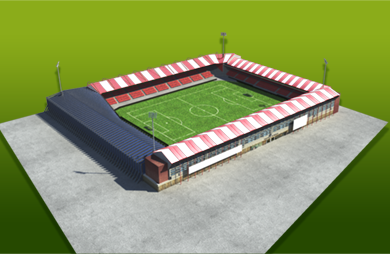 Spectators: 35 (Terracing: 27, Seating: 8, VIP seats: 0) CLATHU's Kılıçalp Durul started the match with a crisp pass. The crowd had been anticipating this game for weeks and the excitement in the stadium was easily visible. The supporters of CLATHU booed when Baracaja FC was adjudged a doubtful freekick after 9 match minutes in a wonderful position. Georges Jannes didn't get a good kick on the ball. An unexpectedly hard shot by Kılıçalp Durul in the 13th minute of play forced Baracaja FC's goalkeeper Belmiro da Fonseca to throw himself to the left, to be able to save the ball. In the 17th minute, Kılıçalp Durul got an opportunity to score, but he didn't get a solid hit on the ball and ended up kicking it wide of the goal. After having played for 19 minutes, Tobias Etxepare managed to get in a good position for a shot on goal. CLATHU's supporters crossed their fingers, but Tobias Etxepare was, after a quick turn that froze the defenders, out of balance and shot the ball just to the right of the goal. After a rather tough play, Baracaja FC's Wágner Macedo got a free kick in the 20th minute. Saturnino Inocente hit a great freekick 24 minutes into the match. A collision led to CLATHU getting a freekick after 26 minutes play. Teodoro Ekhi hit a great ball. When Kılıçalp Durul came up free with the goalie in the 29th minute, the CLATHU fans jumped to their feet. But the shot missed the goal by a fraction of an inch, and the fans sat back down disappointed that Kılıçalp Durul couldn't finish the play. Tobias Etxepare struck a weak shot in the 34th minute. Belmiro da Fonseca didn't even have to move as the ball rolled over the line well wide of the goal. A wasted opportunity for CLATHU. A collision led to Baracaja FC getting a freekick after 37 minutes play. Túlio Lopez hit a great ball. A collision led to CLATHU getting a freekick after 42 minutes play. Cristobal Berenguer hit a great ball. After a rather tough play, Baracaja FC's Arí Magalhães got a free kick in the 44th minute. Belmiro da Fonseca took care of the ball after a well-directed shot from Kılıçalp Durul, even though the ball almost passed him on his left side. The fans had the chance to grab some refreshments as the whistle went for half-time. The score stood at 0-0 after a close first half.

Both teams looked relatively alert before the second half when the referee blew his whistle to tell Marcelo Salaschenko to make the kick off. Belmiro da Fonseca made a wonderful reflex save on a shot from Tobias Etxepare in the 52nd minute of play. The CLATHU fans' excitement grew in the 53rd match minute when CLATHU's Kılıçalp Durul looked to have a clear shot with the ball near the goal. The shot wasn't hard, but the ball still rolled over the goal line to make it 0-1 before the goalkeeper had a chance to intervene. After 57 minutes, Kılıçalp Durul made it 0-2 with a short kick to the right side. Baracaja FC's Belmiro da Fonseca tried to save the shot but he was too slow in reacting to the shot. With a couple of smart ball manuevers Kılıçalp Durul in the 61st managed to get into a good position. With a left leg Belmiro da Fonseca saved Baracaja FC from getting behind. In the 64th minute, CLATHU's Gordon Arena ran free of his marker and smoothly shot the ball into the goal behind Belmiro da Fonseca. Belmiro da Fonseca yelled at his defense, as they had left him out to dry. 0-3. Gordon Arena was extremely unlucky when he, in the 68th minute, took a shot that hit the right post and went out. After 69 played minutes Kılıçalp Durul rounded Baracaja FC's defense and shot a beautiful shot into goal via left pole - 0-4. Baracaja FC's Wágner Macedo suffered a sore thigh after 79 minutes and couldn't finish the game. Baracaja FC made a substitution. Válbson Capixaba replaced Wágner Macedo. After a rather tough play, CLATHU's Raul Feliz got a free kick in the 83rd minute. In the 89th minute Marcelo Salaschenko shot on, it seemed, an open goal, but Javier Jeantes saw the ball coming and threw himself on it before it passed the goal line. In the 92nd match minute, Baracaja FC was awarded a freekick, the ball was picked up by Marcelo Salaschenko to maneuver through the defense. 94 minutes into the game, Gordon Arena lined in a short shot 0-5 behind a frustrated Belmiro da Fonseca. When the match was over CLATHU could go home with a victory in their luggage, having controlled the game far better than Baracaja FC throughout the match.