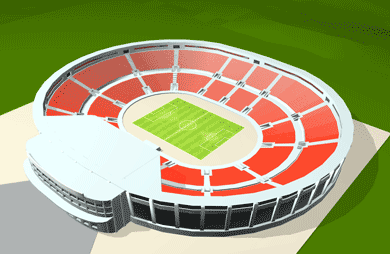 The hometeam waved at the audience when it was time for Wayne Charie to strike the kick off in the second half. Thanks to some nice foot action and superb ball handling Daniel Peixoto in the 52nd minute a chance for a shot on goal. With an extended leg and a bit of luck Sam Huxtable prevented the ball from getting in the gole. The audience was convinced that Daniel Peixoto's extremely hard shot when he got free in front of the goal was going in, but Sam Huxtable was relentless in the 54th minute of the game. In the 58th match minute, Tiki Toka was awarded a freekick, the ball was picked up by Vance Rocastle to maneuver through the defense. In the 59th minute of the match Aurelian Morar sent off a long shot with destination to the right of the goalkeeper, but Sam Huxtable skillfully saved the ball. After 60 minutes of play, CHŁOPKI ROZTROPKI's Tyson Ladner made it 10-0 when he simply outclassed the defender marking him and hit a curling shot into the right side of the net. Sam Huxtable was left in no man's land by his defense there! In the 66th minute, Daniel Peixoto left the goalkeeper for dead before tapping the ball into the right side of the net. The CHŁOPKI ROZTROPKI fans were clearly happy with the effort and the scoreboard reflected the new score: 11-0. Sam Huxtable showed his good apprehension of the play when he made a fantastic save on a shot from Daniel Peixoto, who was totally free with the ball in the 71st minute. CHŁOPKI ROZTROPKI's attacker deliberately struck the ball against an opponent to win a corner for his team. The corner was taken by Aurelian Morar in the 72nd minute. After a defensive mix-up in Tiki Toka's zone, Daniel Peixoto stole the ball and had only the goalie to beat. Sam Huxtable came out of the goal and Daniel Peixoto tried to chip the ball over his head. To his dismay, the ball went over the crossbar and out of play. Jack Agnes's late challenge caught a Tiki Toka's player on the shin and left him crawling around in pain. The referee blew his whistle and produced the yellow card. Jack Agnes helped the player get up and apologised. A collision led to CHŁOPKI ROZTROPKI getting a freekick after 85 minutes play. Jack Agnes hit a great ball. In the 89th minute of the match Apolo Matia shot from a long distance. The ball could have gone into the goal to the right of the goalkeeper, but Sam Huxtable showed his good shape when he easily got hold of the ball. With a couple of smart ball manuevers Bruninho Bittencourt in the 94th managed to get into a good position. With a left leg Sam Huxtable saved Tiki Toka from getting behind. When the match had gone on for 96 minutes, Daniel Peixoto put it in 13-0 from a short distance just to the right of Sam Huxtable. When the referee ended the match the CHŁOPKI ROZTROPKI players were able to celebrate. They had won a fair victory and recieved the ovations of their fans.