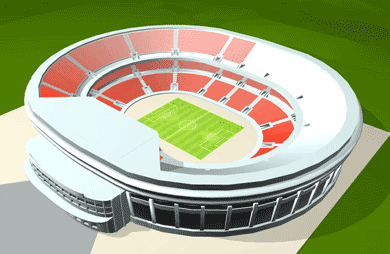 Both teams looked relatively alert before the second half when the referee blew his whistle to tell Gürbüz Bekdil to make the kick off. Thanks to some nice foot action and superb ball handling Tạ 郝建 in the 54th minute a chance for a shot on goal. With an extended leg and a bit of luck Luca Apolzan prevented the ball from getting in the gole. In the 58thth minute of the game Tạ 郝建 who was perfectly placed tried to make a shot on goal, but Alijilán returns's Luca Apolzan was lucky and managed to grab hold of the ball. ChAяRuA ϒ KaяβoηEяO ☆ made a substitution. Brent Rios replaced Fabian Kondysar. ChAяRuA ϒ KaяβoηEяO ☆'s Ignacy Dubiel was substituted for Tạ 郝建. ChAяRuA ϒ KaяβoηEяO ☆'s Juan Peters was substituted for Tim Slater. Gürbüz Bekdil's shot straight on target was not completely harmless. The ball had pretty good speed, but Freddie Gibbons firmly grabbed it by the left post. An unexpectedly hard shot by Edvard Åkerman in the 87th minute of play forced Alijilán returns's goalkeeper Luca Apolzan to throw himself to the left, to be able to save the ball. 89 minutes into the match, Alijilán returns's goal looked a bit too open when Ignacy Dubiel came free, but Luca Apolzan reached the ball before it rolled over the goal line. Freddie Gibbons showed brilliant goalkeeper skills when he caught the ball after a hard shot from Jan Dankowski in the 94th minute of the match. In the 94th minute, Hieronim Kornaszewski hit a crossing free kick to the open man running down the field. Luca Apolzan didn't have a chance when a screaming shot from Ignacy Dubiel went, in the 95th minute, to the upper right corner, 1-0 was the resulting score. ChAяRuA ϒ KaяβoηEяO ☆'s fans were exulted and cheered after their team won in a match that could easily have gone the other way.