☆Azerbaijan☆ Land of fire
vs.
SazobaSpor

☆Azerbaijan☆ Land of fire vs. SazobaSpor: 2-1 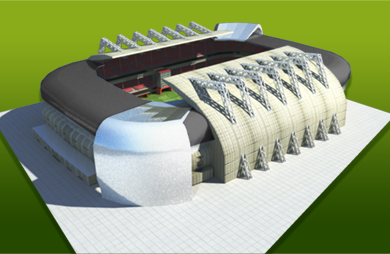 Spectators: 10975 (Terracing: 8232, Seating: 2524, VIP seats: 219) SazobaSpor's Edmund Wierzchowski started the match with a crisp pass. The crowd had been anticipating this game for weeks and the excitement in the stadium was easily visible. SazobaSpor's Säyid Abdasov proved his good apprehension of play when he, in the 10th minute of the match, managed to save SazobaSpor from getting a goal against them. In the 14th minute of the match SazobaSpor got a corner. ☆Azerbaijan☆ Land of fire's goalie ran out to the linesman to protest the call, but the linesman resolutely pointed his flag at the cornerflag. Handi Pissa ran over to the corner to take the kick. Säyid Abdasov made a wonderful reflex save on a shot from Angelo de Alcântara in the 21st minute of play. After 23 played minutes ☆Azerbaijan☆ Land of fire got a freekick which was hit by Säftär Muxtarov. Edmund Wierzchowski's shot was meant for the net just under the crossbar, but Christer Pilblad read the situation well and was quickly in position to make a wonderful save in the 26th minute of play. Angelo de Alcântara scored 1-0 in the 27th match minute with a shot that went into the goal to the right of Säyid Abdasov, who was just a little too slow in reacting to the shot. Stefan Tarasek received a nice pass in the box and took a hard shot in the 35th minute. Christer Pilblad tensed up and prepared to dive, but the shot went over the goal with him having to interfere. Säftär Muxtarov was astounded when the referee showed him the red card after a seemingly innocent challenge, 37 minutes into the match. After fighting hard for a draw in the first half, the players were able to take a much needed rest.