[FSSMZ]
President
So, yesterday I was watching a random match in 3D. Everything was going fine until one of my opponent's player got injured. The only player he had on the bench was the one occupying the goalkeeper position, and this player replaced the injured player as expected. And shortly afterwards one thing caught my attention: he was wearing his keeper kit (and gloves!) even though he was replacing an outfield player: 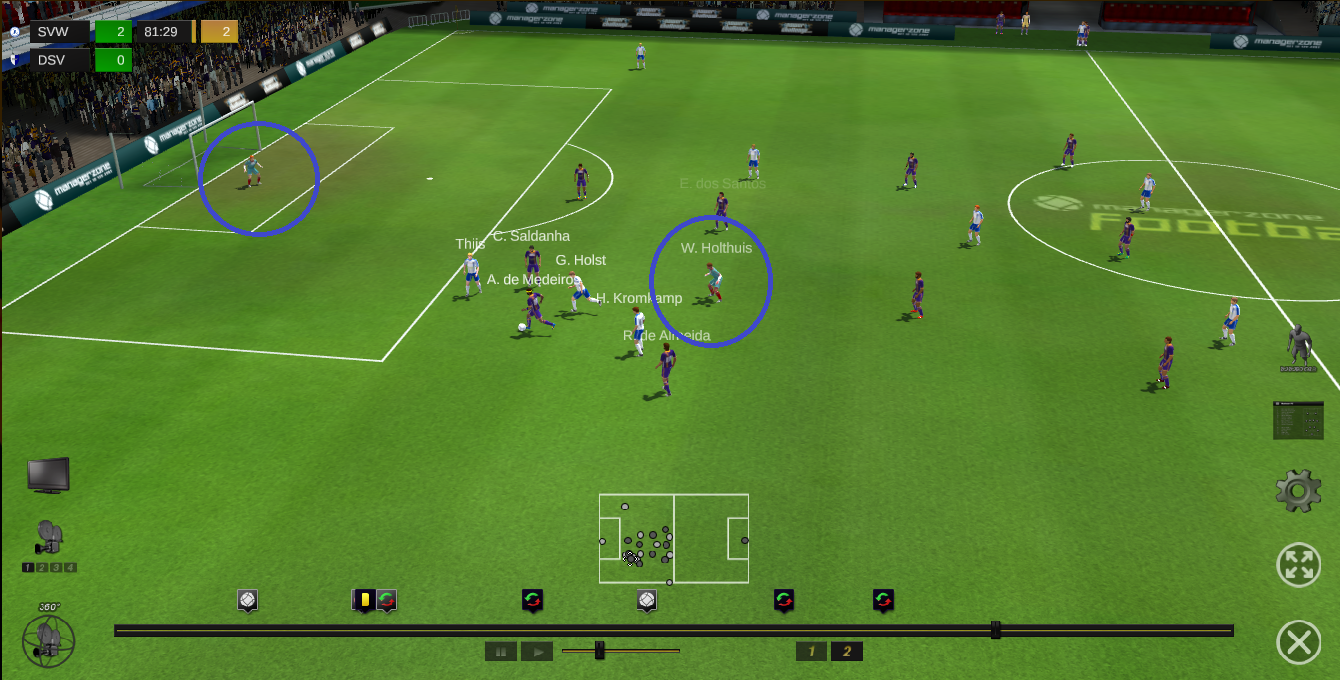 I assume the kit doesn't make any difference, obviously, but still funny anyway. Specially because he would often display the usual keeper animations in the middle of the field!

That's the funniest thing i've ever seen on this game until now !

Well, the guy was dressed up as a golie, he had no time to change because he had to enter the field! 😃