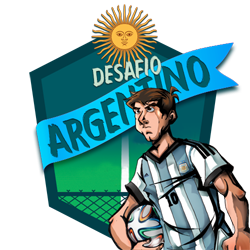 1) Only one Federation may be represented per season.

2) A user can represent his Federation in only 2 leagues. Example user x Division 2 and U18.

3) Each federation must have a user that represents it, which may or may not be the President. This user must be the one in charge of delivering the list of participants to the DA organization and it is suggested that he choose a role of diffuser of this competition for the members of his federation, notifying the progress of the competition.

4) Arranging matches is expressly forbidden. It is not allowed to try to help another team by deliberately losing a match, e.g. by presenting a team made up of less skilled players than usual, using obviously inferior tactics or seeking to achieve a specific result. Using any of these mechanisms to gain an unfair advantage for one's own benefit or that of someone else is considered cheating.

5) The organization of the DA reserves the right to determine at its discretion the users who incur in the attitudes mentioned in the previous point and apply the sanctions they believe appropriate.

7) A team can be scored for a league that is in a higher division than its own, not the other way around. For example, if Team A is in Division 3 (senior league), it may be scored in Division 3 or higher. But never in division 4 or lower.

8) At the end of the contest, 3 federations from each of the zones will descend, resulting in the ones with the least amount of points obtained in the Final Table of Positions in each of the Zone “B” “C” and “D” respectively. Regarding Zone A, the 3 decreases will be maintained by the current table of averages.

9) Table of equivalences by division for foreign Federations: